A Christmas Gift That Gives Everywhere…

This is a letter to my 16 nephews and nieces sharing with them where their Christmas gift from their grandmother has gone this year, as it does every year. For me living in Africa this year it was very important to try and pick opportunities that wouldn’t create dependency, wouldn’t go in the pocket of directors, wouldn’t be spent on rent of an office in the most expensive part of town in Kampala and would directly impact on the community it is trying to serve. Know that aid and donations are never perfect but when you have the time and opportunity to know the people and programs you can influence it can make a huge difference. 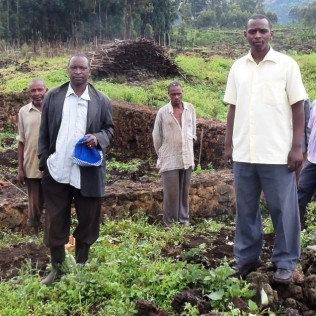 Hope you all had a super Christmas and looking forward to a merry new year.

I thought I would give you all a run down on where your Christmas gift and joy from Muttie went this year… (of course dictated by me!). It was a grand total of $200 from Muttie with some extra from me to sort all the little costs and extra gifts I was able to pass on. 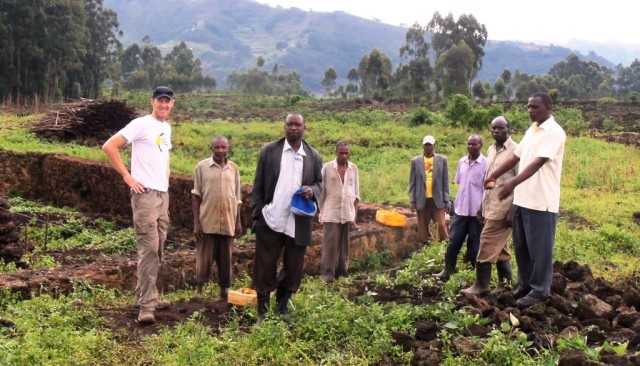 $100 has gone to a rural community in south-west Uganda.

I visited this place during a polio campaign and they have no health facility and a lot of their children are dying from malaria and other simple diseases.

They are not sitting and waiting for a rich foreigner or the government to come and help them, instead they have started constructing their own building to prove to the local government that they just need a doctor or even just a health worker to come and work with their community.

At this stage it is about a quarter done and they are only using the resources that are available to them like mud, straw, stones and trees to construct to this point. The $100 will now allow then to purchase cement and for added strength and structure to the building. 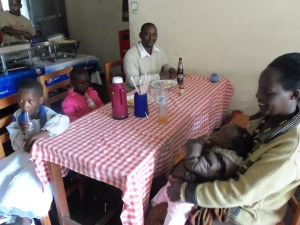 I was able to meet and spend time with the head of their committee, Alex, and he will ensure the money gets used to its greatest value! I was also able to pass on a solar light, solar radio, digital camera, a bunch of soap and a few other simple little things for the community.

I will keep you up to date on the construction of the building as I have been made an honorary board member for the Community Uplift civil service organisation who is helping coordinate the community on this project!

Threefold Effect for People with a Disability

The other $100 has gone to an inspirational initiative for people with a disability and a male and female polio survivor.

Jackson is now in his 50’s but he was crippled by polio when he was a young child. He has spent time in the US and had the opportunity to be treated with dignity, respect and a sense of value unlike many people with disabilities in developing countries.

Judith is the other polio survivor who I met in Kapchorwa a small town in eastern Uganda (see blog I wrote on her story here). Judith is a single mother of three who provides for them so they can all go to school. She does this by selling mandazi (African doughnuts) and selling a few simple goods in her little stall. 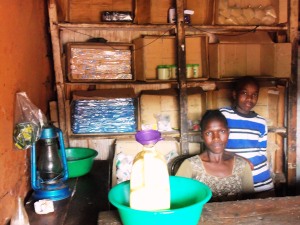 She also does this without the function of her legs. She has never received handouts or expected anyone to help her, she has done everything on her own and with a beautiful smile on her face (see pics).

So the $100 hasn’t just gone to them as cash, here is the initiative it will be used to pilot:

Jackson not only has this initiative but also runs a free public library in his town (one of very few in the whole of Uganda!)

Is is a very motivated and active community member 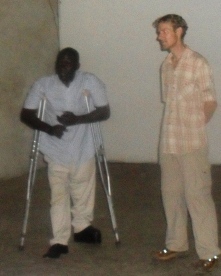 Please know this – you and your wonderful grandmother are making a difference to people this Christmas. You are a part of this because you can see (through me) the effect it will have on these communities. I know first-hand and will share with you the wonderful effect and opportunity this will bring these two communities…

As you are now income earners yourselves let me know if you would like to match any part of Muttie’s gift and I will use it to bolster these opportunities even more.

Experiences are the richest thing in life. Love them and live them.
View all posts by Living Geo d'Arcy →
This entry was posted in 2013 Life, The End of Polio, Uganda and tagged aid and development, Christmas, donations, effective aid, effective donations, gifts and giving, health centre, health services, people with a disability, polio, Uganda. Bookmark the permalink.